The New Eden Underground News Agency [NEUNA] have issued an urgent appeal after one of its leading reporters disappeared whilst on a business trip reporting on feared pirate corporation the Tuskers. Sketur Treveiwerni, 36, a man of pure Gallente origin was last traced to the Mormelot 1 Concord Testing Facilities station in the Everyshore region. 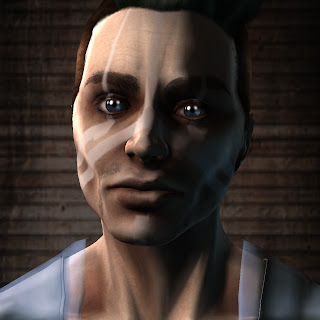 An interview and snippets of recorded data from the interview with a blind capsuleer, a pilot with the Tuskers known as Valgore Meurte were the last transmissions sent from Sketur and the news agency is asking civilians and capsuleers in the area to remain alert and to report any sightings of the reporter or of Valgore immediately to a CONCORD officer or the Gallente militia.

[NEUNA] have released the full transmission in the hope that it may be a catalyst for either the release of Sketur or that more information will be revealed. The agency went on to say that no response has been received from the Tusker diplomats, despite many attempts to establish contact with them on the subject.


Accessing Data Feed.
Access Granted.
Pass Code - 7700445
This interview will be held at the Concord Testing Facilities in Mormelot. The pilot I am interviewing today is called Valgore, a man of Sebiestor origin. A strange couple of requests were made and thus I have with me some 'goods' for my interviewee.

<subject include transmission with requests> 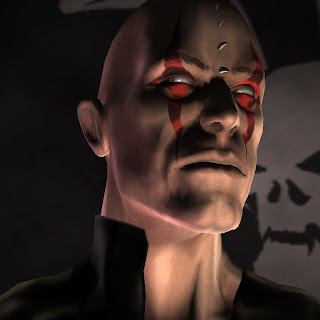 Dear Sketur Treveiwerni,
If you would like to have this proposed interview you will need to meet me at the Mormelot 1 Concord Testing Facilities station, take the main elevator to the top level and wait for one of my dancers next to Hangar 26, you will be escorted from there to a private room. Please do not bring any assistants or other guests with you.
Also please have with you 5 units of synthetic coffee and 10 units of Long-Limb Roes if you wish to find me in a good mode, some tobacco would be nice as well. Also, if you are skittish around small arms or hounds, please don't bother to show up.
Valgore Meurte

After arriving at the station I am directed to the private room. Here, under a dimly lit light swinging from the ceiling I am greeted by more dancers and a couple of slaver hounds are chained up in the far corner, their heads resting on their giant paws. Oddly I don't recall many men of Minmatar blood who keep slavers, I shall keep my thoughts to myself though on this occasion. Valgore is a fierce looking man with metal facial studs sticking out of his forehead, how very pleasant.


<Begin interview>
Give us an insight into your first few weeks in New Eden as a pod pilot?
How should I start this story. Well there I was, a lonely Sebeistor, an orphan of Minmatar Rebels, blind as you can see. When some uppity mofo noticed my high apptitude. The next thing I know I am being rushed through the Republic Fleet Military school to become a Capsuleer. After that I was off and running, doing whatever jobs I could get around Rens, learning how to handle the different ships that were availible to me. Figuring out all the rules set out by Concord, and what the different Factions were all about. It was a nightmare. This was all back in the day before the war broke back out and everything was supposed to be peaceful. Capsuleering was still a new thing to most of New Eden. Everything was chaos, or at lest to me it was. I ended up joining a Corp called The Tal'Shair. A real good group of guys they were. All about trying different things to make the all mighty isk.
Ever since then I have kinda bounced around doing what ever to make the isk needed to make sure that my clone is up to date and that it will be activated in case I cant get my pod to safety in one of my endeavours.


Tell us about your background before becoming a pod pilot?
What else is there to tell? I am an orphan of rebels and a Wanderer by habit. I first became a capsuleer back in '04. That is all you need to know, so ask no more about it.


< What I mistook as the exotic dancers are now all tense and they have a bunch of small arms pointed at me >
What drew you to the dark profession of piracy?
You ask me what drew me to the dark profession of piracy, hmmm! I say it aint dark at all. These Factions here in New Eden grab up every person that shows any potential and they make them a Capsuleer and have them do their dirty work. They have you going around from system to system, wiping out whole fleets of non-capsuleer piloted ships so the powers that be stay in control of those systems. Or they have you fighting a war of their making, wiping out billions of people, and you say my profession is dark. What drew me to the noble profession of piracy was me wanting to escape that dark, rotten system of coruption that the Factions and Concord would have you believe is bringing order to New Eden. I hunt down and ambush other capsuleers to disrupt their lives enough to wake them up and bring them out of the trance they're in and to punish those that buy into the lies and will never see the truth.


What was your first experience of piracy in New Eden?
I really dont remember my first act of piracy, it's been so long. I can tell you about when I realized that it was my calling. I had joined this Corp out in the Sinq Liason region, The Ronin Syndicate, that had needed some willing pilots to fill their ranks. We went out on a roam to get some combat experience in together as a fleet because we were considering setting up some merc contracts, when we came across the rotten bastard of a CEO of a corp that was in a Navy Megathron, Meeko Gloom. They had me running tackle that day in a rifter and sicked me on him. I tackled and we started blowing him up, and during that fight I noticed that the rest of his corp were all in cheap ships for the most part and real young capsuleers, and it struck why he deserved to lose that ship. Him and those like him (the factions and their mega corps) feed off the weak and the young and it digusted me. I ended up getting the final shot on his ship. I think that shot is what led me to become a pirate.


How did you get involved with piracy?
Excuse me for a moment, and please pay no attention to my militant friends over there, I have some matters to attend to briefly.

< I notice several of them carrying filled body bags. Valgore gives one of the men some instructions under hushed tones and I fail to hear what was said >

Umm, yes where were we, oh yes you were asking how I got involed in piracy, I think I have already covered that. Other than those experiences and insight I have gained before becoming a pirate the only reason I can state is that I was bored and ran with all the right people in the right places. People like Tressin Khyine, Ivan and Graff the En'Vec brothers, Mane "The Honest Trader" Frehm. Seeing the freedom and respect that people like the Tuskers had. There are so many things that led me to become invovled with piracy.


Give us an insight into your first few weeks as a pirate.
Rifters, Rifters and more Rifters. Scouting and tackling for the gangs that I would run with. The thrill of catching my prey and winning the fight. The thrill of misjudging my prey and losing a fight. It was pretty much the same then as it is now for me, it was always something new. The only thing that has changed is the faces that I meet and the places that I see.


How did you come to hear about The Tuskers?
I had seen them around. Now if you are asking me what led me to join them, I will tell you. Well, I had just left the corporation I had been with that was tired of my way when a buddy of mine contacted me and asked me to go out on a roam with him. He had been a Tusker for a bit and I had fought a few of them before so I figured why not, it could be fun flying with some good pilots for a change instead of soloing it. We went on this long boring roam, up until we were about to spilt way, when I got this thrasher tackled in my rifter, so I called them to come and get in on the action, it went down too fast though. They warped in just as it popped. Then the next thing I know we are fighting a Cynabal and we have it killed. It was so fast and fun, I loved it. But it got me thinking, I would have never been able to take that Cynabal on by myself in the rifter. So the next day I put in my application and in the processes of doing so I got invited to join in on another fight with a Dominix. I knew then that I was doing the right thing by applying to join them.

From your employment history, which period of employment before becoming a Tusker pilot was your most enjoyable?

My time spent with The Ronin Syndicate. Gate Camping, ganking, failing as a corp to run a POS. Hunting Cadmia, but she is a whole other story. Having other pilots post warnings around the areas you hang out that your corp is known pirates and that we hang around there. Getting the first bounty on my head.


What does Hevrice mean to you?
What is it supposed to mean to me? It is one of my many homes.


< I notice a sudden shift in the tone, Valgore appears to be agitated about something as one of his advisers whispers in his ear >
Closing data feed. . . . .


As part of the enquiries made by the agency it emerged that cctv footage from Hangar 26 was erased about the time of Sketur's visit. The agency are advising that any information provided will be dealt with in the utmost privacy.